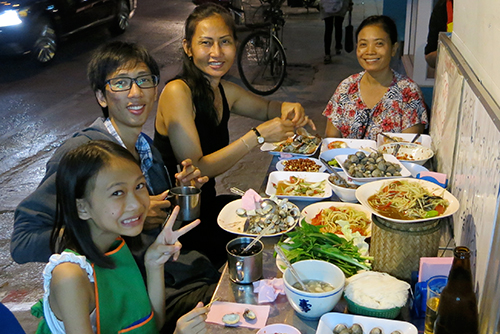 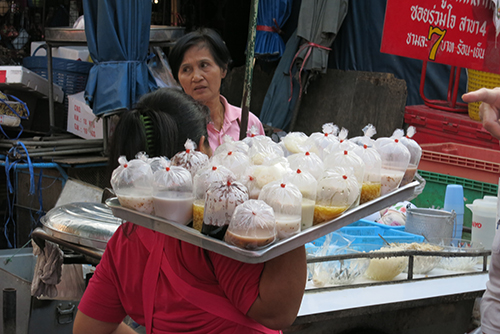 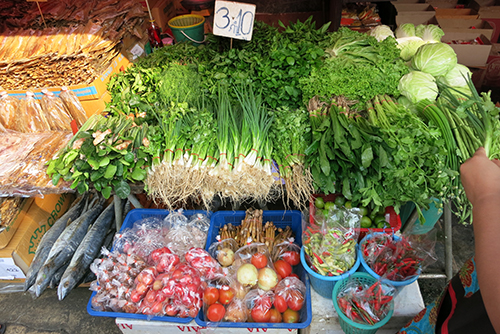 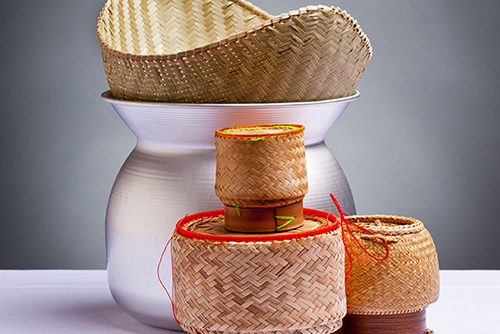 An Amazing Balance of Sweet, Sour, Bitter & Salty
Thailand is known for its amazing balance of sweet, sour, bitter, and salty flavors often finished with aromatic herbs. Thai food has been influenced by many cultures including India, China and Portugal. The Thais have incorporated these influences into their cuisine for centuries to create their own unique dishes. Being a large agricultural country, the food of Thailand is both regional and seasonal. For example, in the Isaan region there is an abundance of bitter herbs paired with pungent dipping sauces and sticky rice. In the south, on the other hand, there are more sweet curries and seafood paired with Jasmine rice. Thailand has a substantial Buddhist community which has impacted their cuisine as well.

Thai Meals are a Social Gathering
With nothing being coursed, people are encouraged to sample many dishes at once. Food is typically shared and most always eaten with rice. Once again due largely to their Buddhist influence, they eagerly share food with other community members as well as give offerings to the monks daily.

A Celebration of Vegetables & Fresh Fruits
It would be almost unthinkable to eat a Thai meal with no vegetables. Raw, stir fried, pickled, or fermented are just a few of the many ways vegetables are celebrated in Thai cuisine. Usually raw vegetables are served alongside highly seasoned meats, salads, and dips creating a wonderful contrast. Along with the abundance of vegetables comes a comparably varied and complex array of fresh fruits. Typically eaten at the end of a meal, and often throughout the day, fresh tropical fruits are highly important and revered in Thai culture. Most are eaten out of hand but many are also used for drinks, sorbets, and incorporated into savory dishes as well.

Smaller Bits of Meat
Thais prefer smaller bits of meat, usually grilled or stewed, and thanks to the Chinese often stir fried or deep fried. Chilies were brought by the Portuguese from South America and essentially replaced green peppercorn as a means of heat. Lack of refrigeration long ago led to the pickling, brining, and fermenting of a vast array of meats and vegetables in the name of preservation. Many of these techniques and ingredients remain essentially unchanged to this day.